1944 Letters From Afar: 'Your Ever Loving Grandson'


Martin Sarkies was two years into his stay at La Martiniere School, Lucknow. He wrote regularly to his mother and grandfather back in Julfa.

I have highlighted in GREEN references to people/family. 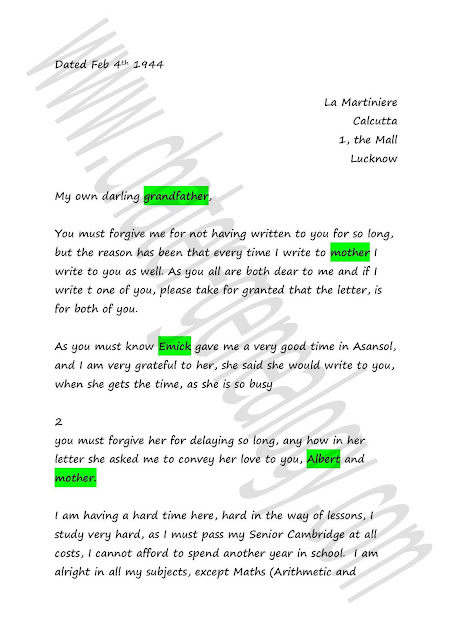 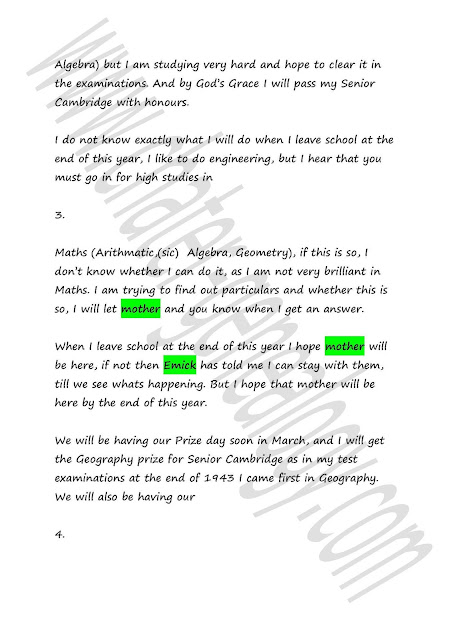 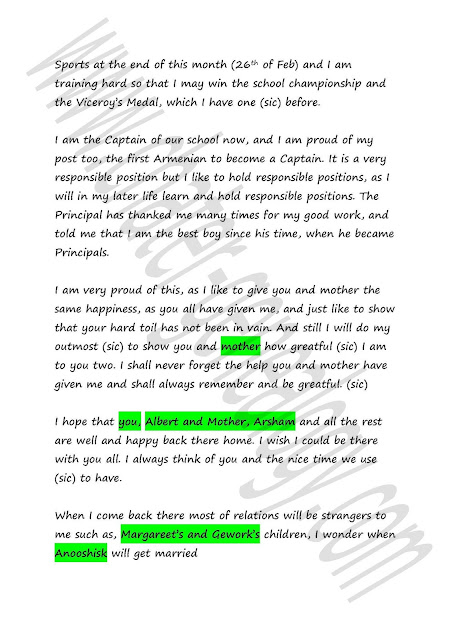 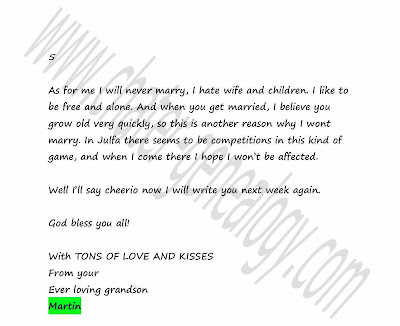 Posted by Chater Genealogy at 15:29 No comments:

1943 Letters From Afar: 'I Remain Your Darling Martin'

George Mackertich, Armenian by birth, but a Missionary preacher with the Bible Society for over 50 years in Iran, Iraq and India.

He had married and had five children, he went on to have 12 grandchildren and a further 5 great grandchildren.  His youngest child, Rosie, had married John Martyrose Sarkies in Julfa and their son, Martin Sarkies, was born in 1925. Rosie's husband John had died only a few months after the birth of their son.

The following letters show what a delightful young man Martin turned into. He was sent to India for his education and these incredible notes from his time during his schooling at La Martiniere for Boys' in Calcutta and Lucknow, give a delightful glimpse of the family network and the love they had for each other.  Both boys' and girls' schools had been evacuated on the 24th March 1942 to Lucknow due to WW2. This letter was written in 1943; this and subsequent letters were written from La Martiniere, Lucknow.

I have highlighted in GREEN references to people/family. 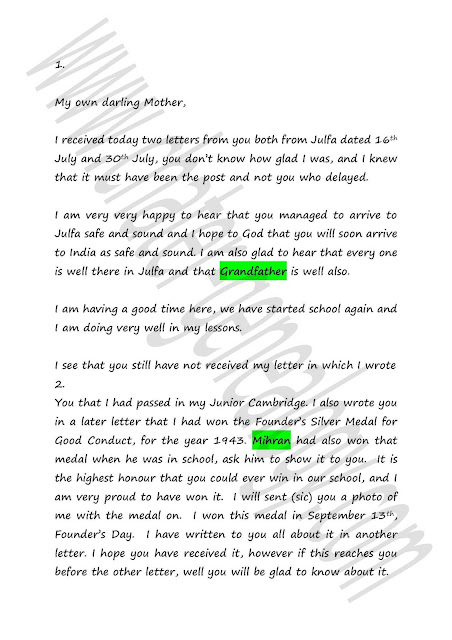 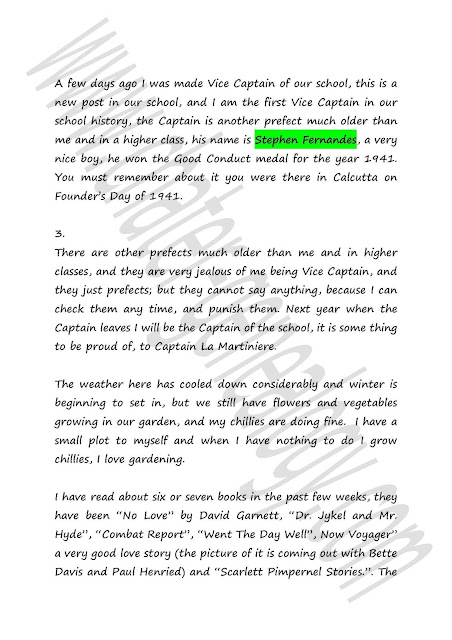 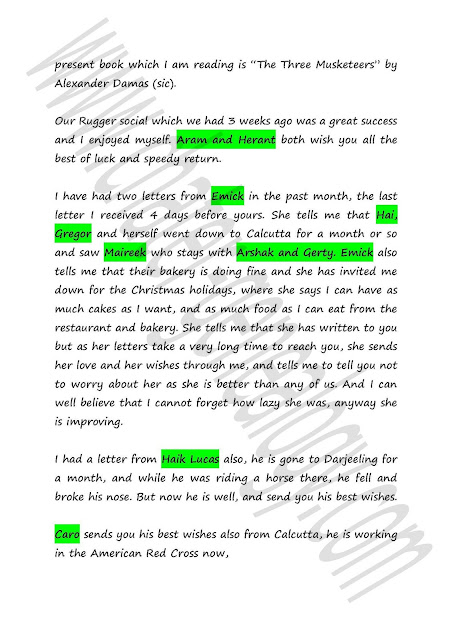 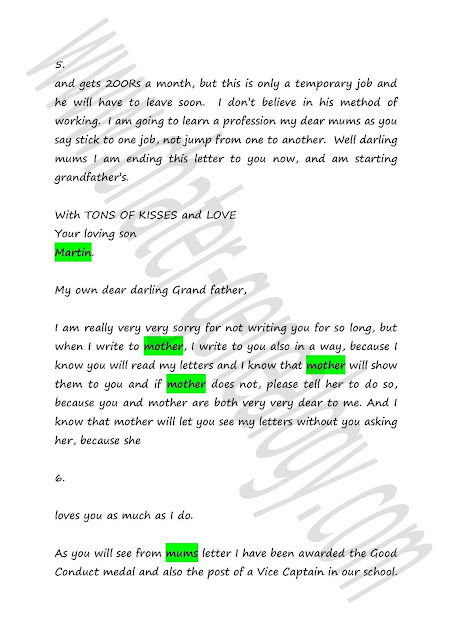 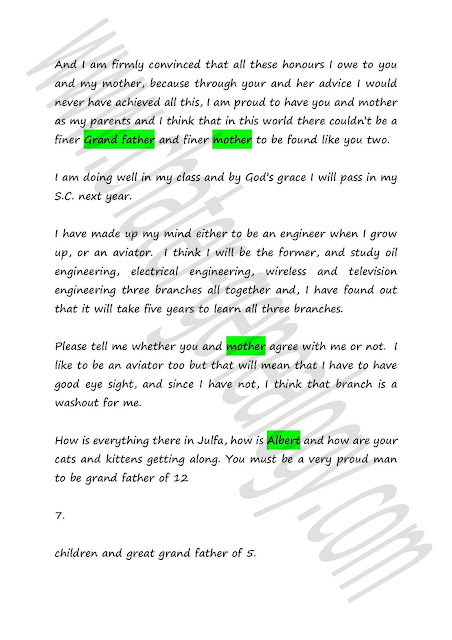 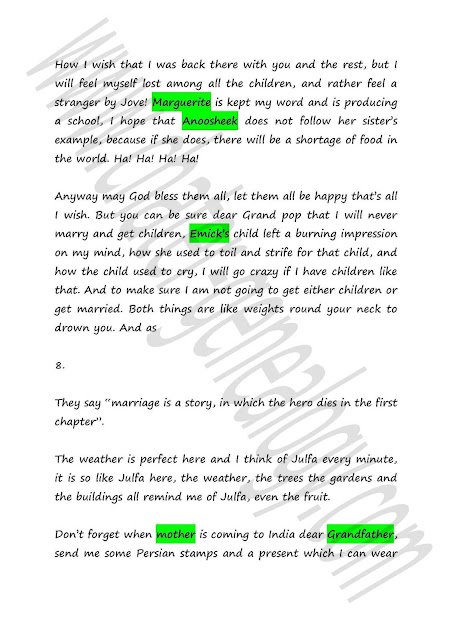 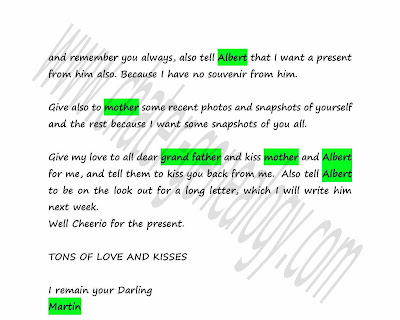 Posted by Chater Genealogy at 13:20 No comments: