Alain John: He Didn’t Make it to Old Age, But He Did Make a Statue of Christ


He didn’t make it to old age, but he did make a statue that has become a symbol of peace and reconciliation, remarkably, there are in fact two copies. One is situated at his old school in Devon, and the other is situated in the ruins of a bombed Cathedral in England. Here is Alain’s story.

As part of some on-going Armenian family history research, I recently came across the name of Alain Jordan Clement John. His father Jordan Constantine John had been born in 1886 in Calcutta to Armenian parents Joseph Mackertich John and Annie Jordan.  The surname John being anglicised from the Armenian name of Hovhannes to Johannes and finally to John.  Joseph had migrated to India from Julfa in Persia. He married Annie Jordan daughter of Arratoon Jordan in November 1874 at the Railway Church in Lahore. Joseph and Annie had at least five children (although I think there may well have been six). Mary Ripsimah in 1875, Lilly Constance in 1879, Amelia Regina in 1881, Hosannah Margaret in 1884 and Jordan Constantine in 1886.

Jordan John had been a dedicated medical man of the military, choosing to join up and serve with the Indian Medical Service in 1912.  His commitment and bravery carried him up through the ranks as far as Lieutenant-Colonel. Jordan was awarded an O.B.E. in June 1919 for his actions in the First World War and he had been mentioned in despatches back home.

Jordan, like so many from India, including the Armenian community, had been educated in England at Dulwich. Graduating to King’s College Cambridge he was admitted in October 1905 gaining a B.A. in 1908 and an M.B. in 1912.  Medicine was the direction in which he wanted to channel his attentions and he gained further qualifications as a doctor (M.R.C.S. England) and L.R.C.P. (London) in 1910.  Jordan’s first position was at St. Bartholomew’s Hospital and he became the House Physician and Ophthalmic House Surgeon.

Immediately after the honour of the O.B.E. had been bestowed on him, Jordan had married Alice Morel in the middle of 1919, and with India in his heart they returned to Asia where on the 20th June the following year Alain was born in Karachi, India.

Like his father, Alain was also sent back to England to be educated.  He was enrolled at Blundell’s School in Devon in 1932 aged 12, where he excelled and became a “brilliant” student. Alain’s artistic flair had been noticed by his teachers and his particular interest in sculpture was something he began to shine at, in fact he was regarded as one of Britain’s upcoming sculptors, and all before his 20th birthday.  Having finished his education at Blundell’s, and just like his father, Alain passed the entrance exam to King’s College Cambridge and at Christmas 1938 his father suggested Alain return to India to “see the world and travel a bit” before starting university in the following October. But Alain’s choice to stay in England would be one that would have a lasting effect not just for his family but for anyone touched by the cruel ravages of war.

As a tribute to Blundell’s, the school full of wonderful memories that gave him a sound education, he decided he wanted to cast a sculpture of Peter Blundell who founded the school in 1604. Instead of conceding to his father and travelling, he continued to stay at the school and spent the next school term attempting to make a sculpture. It was meant to stand in a high niche overlooking the quadrangle but he was not happy with it and abandoned that model and started again, this time working on a model of St. Peter. Unhappy with that creation he then moved on to modelling ‘Christ blessing the multitude’. Determined he wanted to complete this developing figure he continued to work on it night and day, from the early hours ‘til late at night. In fact his determination, (most definitely an Armenian trait!)  was so great that he checked himself into a local hotel during the Easter holidays when the school was closed, just so that he could continue to work on the piece.  Eric Gill, a respected and successful English sculptor at the time said of Alain’s clay model “no finer piece of work has been done in this country this year by anyone. This thing is superb and you cannot possibly risk casting it yourselves.” But Blundell’s did indeed cast it, and the 7ft figure stands over the porch in a niche looking down over the school quadrangle. 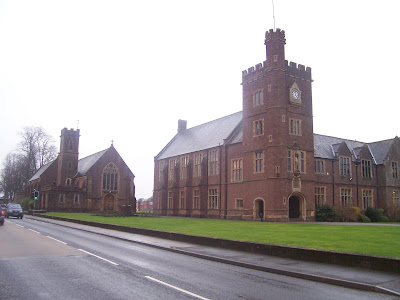 
At the commencement of World War 2 Alain signed up with the Royal Air Force in England, apparently telling his friends “if war comes to us I shall join the Royal air Force. It’s a quick death.” Preferring to stay with his friends from school he became a Navigator Sergeant eschewing an officer’s commission in favour of flying in the team of sergeants made up of his familiar school pals.

He flew many bombing flights across the Channel. The battle of Berlin commenced 18-19 November 1943 and although it is difficult to confirm if he was part of this operation, it is very likely that he was.

Alain’s old headmaster Neville Gorton went on to become the Bishop of Coventry. It was he who was so impressed with the young Alain’s work that he commissioned it to be re-cast in concrete. It stands today in the ruins of the old Coventry Cathedral forming part of the memorial to those who lost their lives in the war. A young man’s life, like so many, snatched by the consequence of conflict had no idea that he left a legacy not least one with such poignancy.

I am grateful to Aidan McRae Thomson for allowing me to use his image of the statue at Coventry Cathedral.  This and many others can be found of Aidan’s Flickr page.


The inscription on the statue reads
This is a second casting, in concrete of a statue at Blundell’s School in Devon. It was created by an 18 year old pupil, Alain John. The Headmaster, Neville Gorton, later became Bishop of Coventry and on the death of Alain John, an RAF navigator, in 1943 at the age of 23, the statue was recast for Coventry as a memorial to those who lost their lives in the war.
The statue represents Christ blessing the multitude.

Jordan John ended his days in Jersey in the Channel Islands, dying there in 1970.

Alain a bachelor died at the home of his spinster aunt Amelia (sister of Jordan John) in Drewstead Road, Surrey aged just 23 years.  He is buried with his Armenian grandparents, Joseph Mackertich John and Annie nee Jordan in West Norwood Cemetery, London. He sustained injuries on one of the bombing raids on Germany in December 1943 and succumbed to them on the 21st December.

A Julfan descendant, Alain was yet another Armenian from India who gave his life in a conflict. 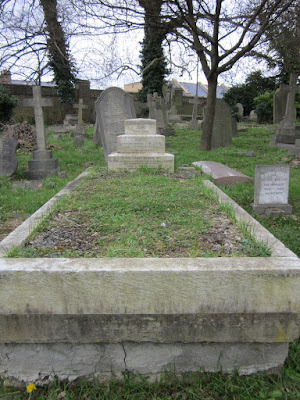