Have you ever wondered about the number of Armenians who lived in Calcutta during the 19th century?

Originally extracted from the Armenian Church Registers of the Holy Nazareth Church Calcutta, this snapshot gives a far more realistic picture of the Armenian minority community of the city. Compiled from the Statistics of the Colonies of the British Empire, 1839. 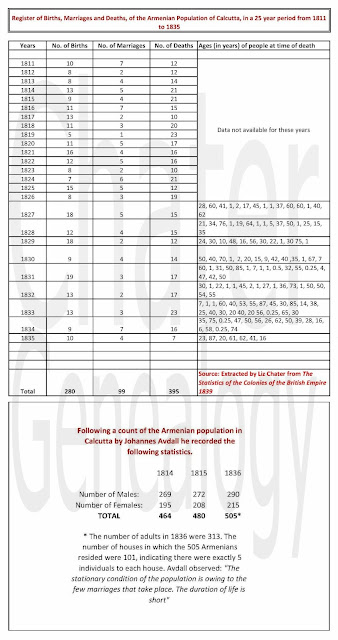 Posted by Chater Genealogy at 17:17 No comments: