Restored and Ignored: The Armenian Cemetery at Hyderabad is Neglected Once Again

I write this post out of sheer frustration and exasperation.

In 2009 I wrote about the appalling conditions the Armenian Cemetery at Hyderabad was in then. Prior to that, the late Omar Khalidi had written about its poor state in 2005. In 2010 I again wrote about the neglect this cemetery received. A year ago, with much fanfare, hype and numerous press releases the cemetery had at last, been given the longed for attention it deserved. This was the perfect opportunity to restore and preserve the derelict but historically important Armenian cemetery in Hyderabad. A press statement said: “….the Department of Archaeology and Museums has not only spent Rs. 25 Lakh for renovation but also have played a key role in the ongoing efforts directed at preservation of the Armenian Cemetery at Uppuguda…”

But alas! Here we are in December 2016, a year on and once again, it can be found in the most dreadful of conditions. 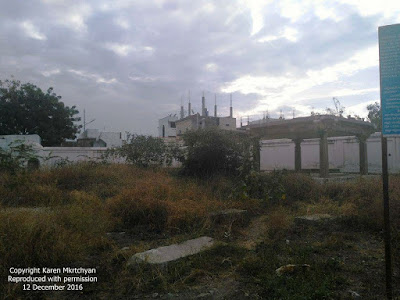 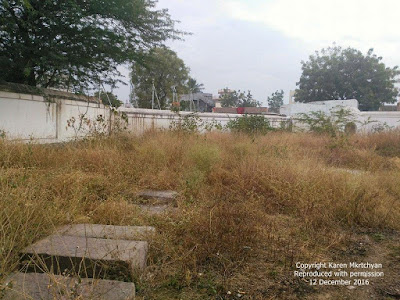 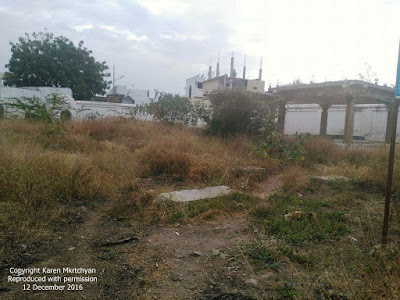 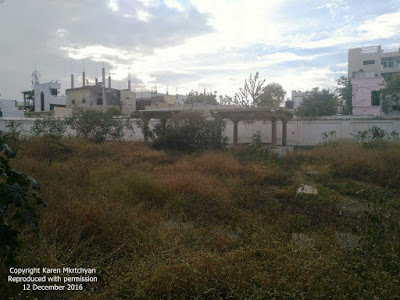 No basic preservation work has been done in this cemetery since December 2015 when the Armenian Ambassador for India and Fr. Zaven of the Armenian Church in India visited the site. Mr. Rao the Chief Minister’s Office principal advisor in Hyderabad “conducted a round table discussion where very constructive views and suggestions were exchanged on all three sides on the subject of reviving the Armenian connection with the city of Hyderabad and the state of Telengana within the context of 21st century. He went on to assure the visiting Pastor and the Ambassador that full co-operation and assistance shall be extended by the government at all times to Armenians who are keen to reconnect with their past in Hyderabad……..”

It is incredible to think that authorities are prepared to let a slice of Armenian history evaporate in the wind. And nobody seems to mind or care.

And which genius decided that painting numbers of the historical stones was the best way of cataloguing them?

For 300+ years this tombstone has survived in tact without adverse effects by the weather, It has survived everything the harsh Indian climate can throw at it and then man decided he needed to paint a number on it. Paint? Why on earth was paint used on this tombstone? Why couldn’t someone create a small marker and place it beside the grave and photograph that for identification purposes? Who decided that numerical graffiti is acceptable on historical Armenian grave markers?

This cemetery deserves genuine long term care, preservation and respect. Not just for a photo opportunity for the great and good to give themselves a pat on the back, but daily care. Armenians have lost so much history already we should not be complicit in allowing more to disappear.

Hyderabad could perhaps learn from the authorities in Agra. The Armenian cemetery and the surrounding area are constantly in magnificent condition. Agra has the Martyrose Chapel and some tombstones as old, if not older than those in Hyderabad. Their condition is remarkable and the authorities in Agra seem to truly understand the importance of what is in their care. 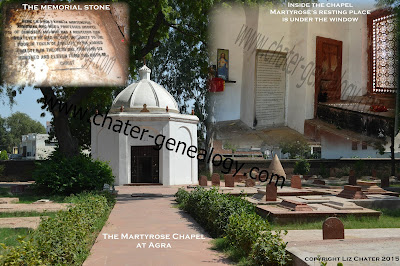 Once again, let us all hope that the Armenian cemetery in Hyderabad can be respected and maintained on a long term basis and not just for a photo opportunity. Perhaps the Archaeology Department could invest some of the time it so readily promised last year, into a genuine long term preservation programme?
Posted by Chater Genealogy at 17:40 No comments: