Appeal for Help. 1927 Auction Catalogue Sought: Listing Some of the Chater Collection For Sale 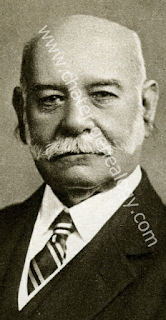 In conjunction with the RTHK Heritage Radio programme produced by Annemarie Evans recently, I thought it would be appropriate to put a quick blog post together.

For those of you who have already listened to the programme, you will know that we covered a great range of thoughts and areas, and I was able to share with Annie some of my personal archive relating to Sir Catchick Paul Chater.

One of the exciting things I spoke about in the 2nd part of the interview broadcast on 5th November 2016 was the newly discovered information regarding some of the Chater Collection.  Not all of it was lost or looted in World War II by the Japanese as had previously been thought. Some found their way to a small auction sale in December 1927. The auction notice clearly states that the pieces of china ware in that particular sale were from the Chater Collection.

Having researched these pieces, I know that they were stored in one of Sir Paul Chater’s godowns in Kowloon. These pieces were deemed not an official part of his priceless collection on display in Marble Hall, but rather to be part of his residue estate, under the control of the Trustee of Bengal for the Armenian Church in Calcutta.  The Trustee of Bengal and the Armenian Church chose not to keep these items, but to send them to auction for the best price.

In my quest to try and locate the sale catalogue, I felt I needed some expert help and suggestions. Having just watched the new BBC TV series 'Fake or Fortune' it occurred to me that Bendor Grosvenor, the art historian featured in the show may be able to give me some new avenues to pursue. I wrote to him explaining about the Chater Collection and the pieces sold at auction, he wasn't able to help me but he did direct me to Julia Armstrong-Totten whom he described as "the very best provenance research consultant in the world". Julia was formerly the senior research editor at the Getty Research Institute's project 'For the Study of Collecting and Provenance'. She spent some considerable time using her vast experience and knowledge in trying to track down the sale catalogue, but even with her background it wasn't something she could do but I thank them both for their kind attention and efforts.

And now my last hope. On the back of my appeal on the RTHK Radio programme I make the same request here.

Do you know of anyone who might be a collector of Calcutta auction catalogues?

I am looking for the auction catalogue of Mackenzie Lyall & Co for the sale that took place on Monday 19th December 1927 at their premises,

“Under instructions from the Official Trustee Bengal, A LARGE COLLECTION OF RARE AN VALUABLE OLD CHINESE PORCELAIN, consisting of

A pair of blue and white Ming China fish bowls.

All the above formed part of the renowned collection of the late Sir Paul Chater.”

Do YOU have a catalogue collection?
Do you know of someone who does?
Perhaps someone you know purchased one of the items at the sale in 1927?

This auction is proof that more Chinese pieces of porcelain from the Chater Collection survived than previously thought.

If you have the Mackenzie Lyall & Co catalogue for 19th December 1927, please get in touch using the contact form above and maybe, between us we can add just a little bit more to the fascinating history of Sir Paul and the Chater Collection!

To listen to the two radio interviews by Annemarie Evans, broadcast by RTHK Heritage Programme use the links below.

1st part of the RTHK Heritage interview on Sir Paul Chater first broadcast on 29th October 2016can be found here.

2nd part of the RTHK Heritage interview on Sir Paul Chater first broadcast on 5th November 2016can be found here.

Posted by Chater Genealogy at 12:28